A week in pictures. These weeks - they do insist on happening, don't they? 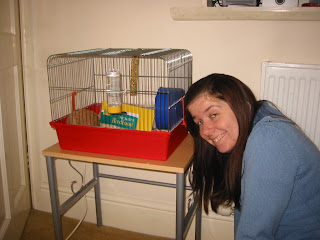 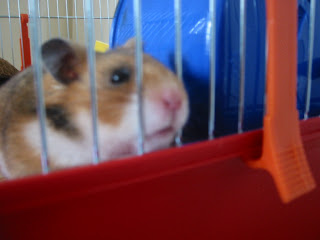 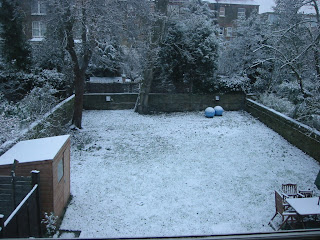 On Monday, I went into work. I sorted out some things that they've been demanding from me for ages, then handed in my notice. They've agreed to end my contract at the end of January. I am going to be ridiculously poor, but my stress levels immediately dropped by about 50% and that has had quite a positive effect on the pain. No bad thing, really. I have had a few little crying sessions about giving up teaching, which is a serious part of my life and identity, and not being quite sure what my life is for at the moment. I'll get over it - and I'll be working part-time again as soon as I physically can. Things could be a lot worse.

On Tuesday, I locked myself out of my flat while in my pyjamas. Then I had an appointment with a fibromyalgia specialist. I got a diagnosis, which was no surprise, and recommendations for a treatment programme which were something of a surprise. I was very shocked and upset when we got home, possibly through a mixture of relief at finally knowing what's wrong, and frustration about once again not being consulted over treatment or given full explanations. He's a good doctor, but we were in and out in about fifteen minutes, we didn't get much at all in the way of information over the recommended medication, and we paid a small fortune for the privilege. I have some concerns over some of the medication itself, too. I'll see lovely!doctor GP next week to discuss the options and what he suggests I do next.

On Wednesday, there was snow on the ground when I woke up. Then we went to get a hamster. He is called Whitby. He is nice and I like him. And no one is going to feed him to any cats.

Yesterday I went to my BSL lesson for the first time in ages (turns out I haven't missed all that much - they've been practising numbers for about four weeks). It was nice to get out. Then I discovered I had locked myself out of the flat for the second time in three days. I wandered around in the cold for a while until The Girl found cold, achy and cranky me and took me home. Yesterday was also the day when we discovered that, because we live together and The Girl has savings, I cannot get the benefits that long-term sick people usually get to help them with local council tax (ridiculously expensive that is around here) and rent. Very soon, I will therefore not be able to afford to eat. I'm supposed to live off The Girl's money - but it's hers, and I will not be doing that to her. We were incredibly angry about We are now looking into possible solutions to this. If all else fails, I am going to point out that their policy is going to make me homeless, and then they'll be stuck trying to house a sick person. That'll be fun for them (and a lot more expensive than helping me with council tax). Especially when we ring them sixteen times to reiterate this point. So, we'll see what happens there.

Today it is still cold. Whitby has popped his little head out for food a couple of times, but is mostly asleep. I am worried that it's too cold for him. We're trying to keep the house really warm, but it's just freezing. Hmm. The Girl has gone to the doctor's to get her ridiculously fast heartbeat checked out. Her trainer noticed it at the gym the other day. Later we will make more phone calls to the council and lovely!doctor and the jobcentre and probably the council again. Just as soon as I can persuade myself that I am capable of talking on the phone. Then I'll finish the letter to my MP that I've been working on. It's going to be a really, really good letter.

Next week, The Girl goes away to visit her family. Note to self: try not to get locked out then.
Posted by Naomi J. at 9:04 am